It’s been a debate for several decades now. Do violent TV programs, movies, music—but particularly, violent video games have any link to teen violence or rebellion? Do these things have any link to the ever-increasing mass shootings we’re seeing in schools and other public venues across America today? Since the evidence and the studies seem to affirm this notion, could this be part of the reason why so much of our Christian nurturing, as parents, seems to have had a zero-sum impact on the habits, attitudes and behaviors of so many of our kids? 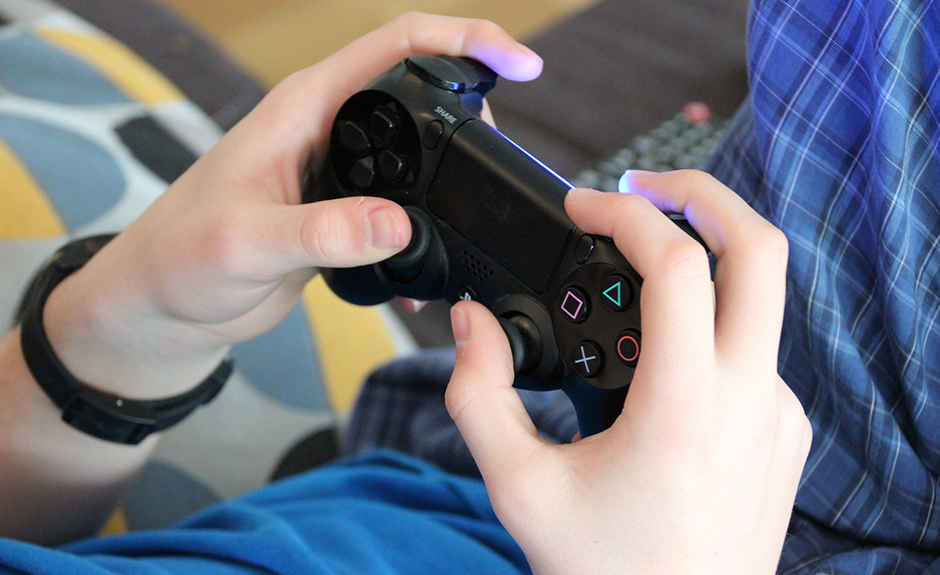 I asked a group of our SHA kids how many had armed guards in their schools. About 75%—80% of their hands went up. Several more knew a school near them where a shooting had happened; and, one student had a shooting take place in the very school she attended. I can jog to a school from where we sit right now that had a shooting just a couple of years ago. And, in the late 90s, I went to church with a family, who’s kid would play all kinds of crazy music in our church parking lot after almost every service. About a year later this kid went on a shooting rampage in our small town, killing at least one person, shooting it out with police and then leading a police-chase all the way to the Florida line–about a 300-mile trek. And, when they caught him, I was watching him being arrested by Florida police on my TV screen in little Martin, GA.

Col. Dave Grossman is a US Army Ranger, a paratrooper, and a former West Point Psychology Professor. He has a Black Belt in Hojutsu, the martial art of the firearm, and has been inducted into the USA Martial Arts Hall of Fame. Col. Grossman’s research was cited by the President of the United States in a national address, and he has testified before the U.S. Senate, the U.S. Congress, and numerous state legislatures. Since his retirement from the US Army in 1998, he has been on the road almost 300 days a year, for over 19 years, as one of our nation’s leading trainers for military, law enforcement, mental health providers, and school safety organizations.

The Missing Link in Teen Violence

Col. Dave Grossman recently released a book entitled Assassination Generation, which he presented to the President and Senators during a meeting following the Parkland shooting. He also has several other books, including New York Best Sellers that have yet to have a single review. So why is that? The media certainly filters out the information that doesn’t match with their own agenda. One thing they are all invested in is that anything harmful can come through media. The violent stories, imagery and video games are said to have no impact on our society. The commercials are worth billions of dollars!

But Psalms 11 says God hates lovers of violence. Very rarely does the Bible discuss God hating. We need to take that very seriously. If we as parents love violent tv shows and movies, how do we train our children to love the things that God loves? Who do we really worship and who have we given our children to?

When you send your kid to bed at night, take their cell phones! No laptop in their room. When they go to their bedroom they need to sleep. The texts and the images that are sent to your child’s phone at all hours can’t just be “turned off” in their minds if the phone is in the room. They will be up all hours of the night trying to defend themselves, finding someone to stand with them. If we as parents can’t ignore that text message in the middle of the night, how do we expect our kids to?

I spoke to a parent who had a daughter, straight-A student and very smart who told him “you can trust me to have my phone.” So he did. Not long after, his daughter committed suicide. He had no idea the hell she was living in until he saw her phone. The bullying at night was relentless. She was sleep-deprived and literally bullied to death in her own home. The best thing we can do for our children is to allow them to shut the world out for the night and go to sleep.

Traffic deaths are the second killer of our kids. There’s a reason why truck drivers are required by law to get a certain amount of sleep. If you have a child behind the wheel, they have got to get a good night’s sleep!

200 million people are playing Fortnight. It is a constant interactive algorithm with millions and millions of people. The creators of this game know exactly how to keep players in the game. Statistics tell us that video games are responsible for 15% of divorces in America. The suicide rate of the tween age (10-12-year-olds) has tripled. Suicides, traffic deaths, and drug overdose are on the rise. The one factor that interweaves all of that is sleep deprivation. And now we are seeing digital devices added to the mix and we have to protect our kids from that!

But what about the violent outcomes? A definitive study in 19 school killers found that every single one of them was obsessed with video violence. Germany has the strictest gun laws in Europe, had the worst human massacre in human history with a violent act identical to Parkland; 15 dead at the hands of a juvenile. Shooting is not a criminal act. It’s a massacre. We cannot blame it on the object. We have turned the word shooter into a term to describe the most horrible crimes in human history. But we don’t hear about these massacres in countries with strict gun laws. The causal data is out. Violent video games, imagery, and media are interwoven into the violence we see in our culture.