Culture is a very powerful force, especially when it comes to the worldview and life-habits of a people group. “Culture” has been defined as the ideas, institutions, and interactions that tell a people group how to think, feel, and act. If that’s an accurate definition, then it’s incumbent upon responsible parents to better understand just how some of these ideas, institutions, and interactions are affecting many of their children’s appetites, attitudes, and addictions. 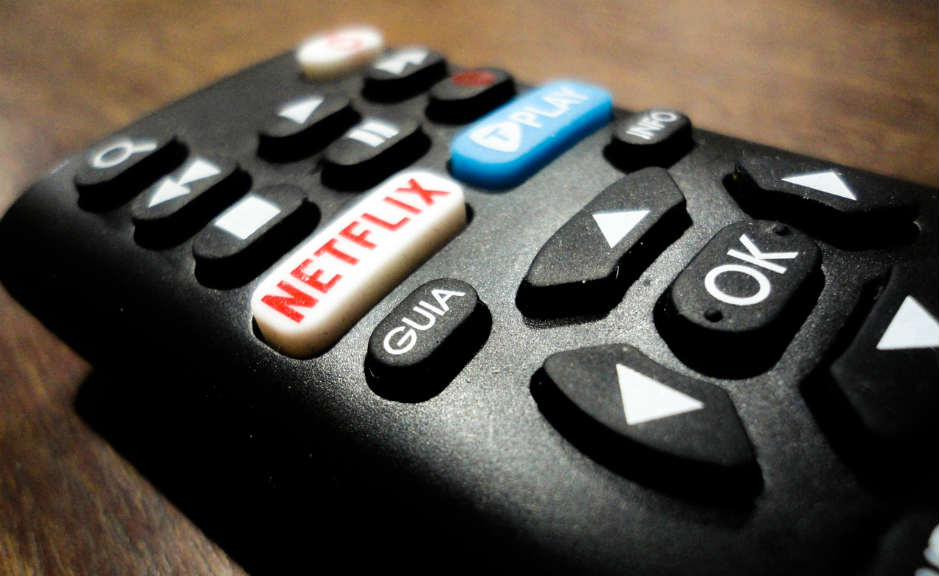 Media and entertainment are just two of these vehicles through which our kids interact and form ideas, while our government, the mental health industry, and education are just a few of the “institutions” that actually codify these interactions and ideas.

Tina Marie Griffin went from baling hay and milking cows on a dairy farm in Wisconsin to working as an actress in Hollywood. At the age of 20, she drove 2,000 miles west and enrolled at California State University – Los Angeles to pursue a film and TV broadcasting degree and start her acting career. When she isn’t traveling and speaking, you will find her busy writing radio spots, blogging, cooking, camping, traveling, homeschooling her 4 munchkins or having a romantic date night with her best friend – husband Luke.

I’m seeing more and more that parents don’t have a clue about what’s going on in pop culture these days. Take Netflix, for example. Just over the past six months, they’ve put out a slew of inappropriate tv shows geared toward teens. One of these, The Chilling Adventures of Sabrina, highlights the occult and demonic activities. This is currently one of the most popular shows on Netflix, and our kids are paying attention. Recently, there were a couple of girls in Florida, aged 11 and 12 years old, who were watching these types of programs, and planned to kill 15 people in their school before then killing themselves. What we’re seeing is that entertainment is brainwashing our children on how to carry out these heinous crimes.

A few other programs kids and teens are watching, that parents may not be aware of, include:

Lucifer: In this show, the devil is viewed as the good guy. The viewers feel sorry for him, because God kicked him out of Heaven, and it makes God out to be the bad guy for kicking him out.

Anne with an E: This is not your mom’s Anne of Green Gables. Recently, the show added five new characters, all of whom are lesbians.

Fuller House: Again, not the wholesome we remember. This reboot contains a lot of sex-saturated themes. All the girls have, of course, grown up and are in their 30’s. Most of them wear a lot of low cut tops and really short skirts. By episode 13 of the first season, two girls are kissing and two guys are as well.

13 Reasons Why: Cutting and suicide are promoted. Kids have committed suicide themselves after watching this show.

Entertainment is having a major influence on religion within the United States as well. I was recently made aware of the fact that witches outnumber Presbyterians in the US, and the religion of Wicca and paganism is growing astronomically. I’m hearing from friends about the number of people joining Wicca, as well as hearing from kids about what is going on within school walls.

Parents need to wake up to these issues, and the Counter Culture Mom app is one tool parents can use to fight them. In this app, parents receive weekly notifications about things that are coming out in about 48 hours, what these things entail, and some talking points to cover with their kids to help steer them clear of it. We, as parents, need to help our kids learn the importance of making wise media choices. Believe it or not, several celebrities have themselves admitted to sheltering their kids from the entertainment that Hollywood is putting out. They recognize that it’s not appropriate for their kids, so why is it appropriate for ours?

There are a lot of positive alternatives to these programs that are available. Counter Culture Mom has created a parent media guide that helps parents do a pop culture purge in their home. Parents can easily get their hands on this resource by texting the word “guide” to the number 444999. It will ask for your email, and once you enter that information, you will receive this four-page PDF guide.

Picture provided by: jgryntysz, via Pixabay